There are 2 posts with the tag MND.
Page: 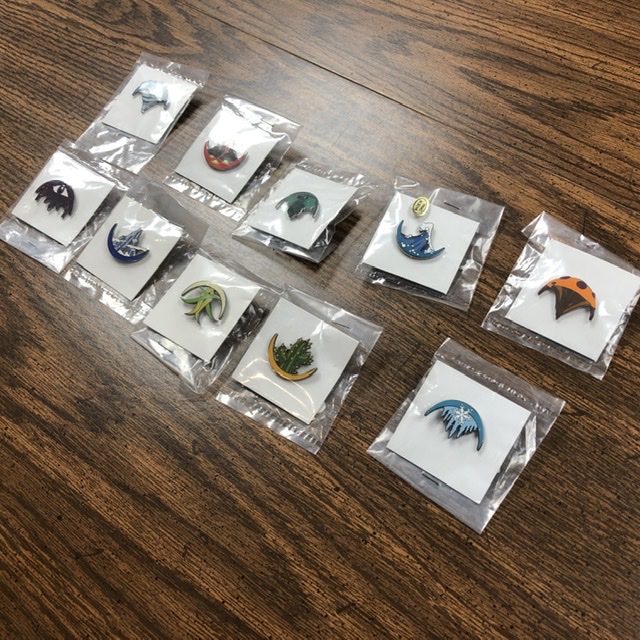 As promised, ten of the twelve pins. Got the Paradwyn one incoming too, just need to find Bograth.

I used to collect a game called Magi-Nation; nearly had a full playset of the cards, plus a bunch of peripheral collectibles to boot. I sold it off around six or seven years ago, but I've regretted it since.

There's a pretty active community on Discord, so I've started looking into collecting again. I have to be a lot more conservative than I might otherwise typically be, what with the twins inbound, but it won't hurt to put my ear to the ground.

I've got a couple of leads on near-complete sets, but going that route would be prohibitively expensive right now. I might start setting aside a little money every month as a collector's fund. Hell, that might be a good idea anyways, to rein in my spending a bit in general.

Another option is to print the cards instead of collecting them. I'm going to have to do this for Traitor's Reach since it never went to print, but I'm not so sure for the official stuff. On the one hand, printed would probably be cheaper, and it'd be easier to get most promos this way. The downsides are that that's not really collecting, the prints may turn out poorly, and it might be hard to track down non-card items without going in for card lots too.

Speaking of non-card items, I did purchase 10 of the 12 enamel pins. I'll be glad to have those.

I think that for now, the tack that I'll take will be to focus on the non-card collectibles until I have enough saved that I could get the cards printed if I wanted, and then make a determination on how to proceed.