I got that fully-printed Magi-Nation collection I was pining for, so now I need to put it to some use. For decks, at least to start with, I have the Limited precon lists and the decks from the Prima guide to use, but that only covers through Awakening and misses my favorite regions.

The strategy on this one is very straightforward - play critters, profit. I need to actually get card to playmat though because most of my instincts for deckbuilding apply to Magic and Digimon, which have decking clauses, higher deck minimums, and more max copies of a given card. 2x feels pretty light to me as a result, but in MND it might be too much. In particular I don't think I really need 5x for Relic Hate slots (Umbu and Vard Stampede), and the counts for the relics may be too high. I'm also skipping on some of the game's staples, but I don't even have a meta to care about yet. Might maybe should see about participating in some Lackey play…

The MND Reddit has a rundown on a cool Makoor 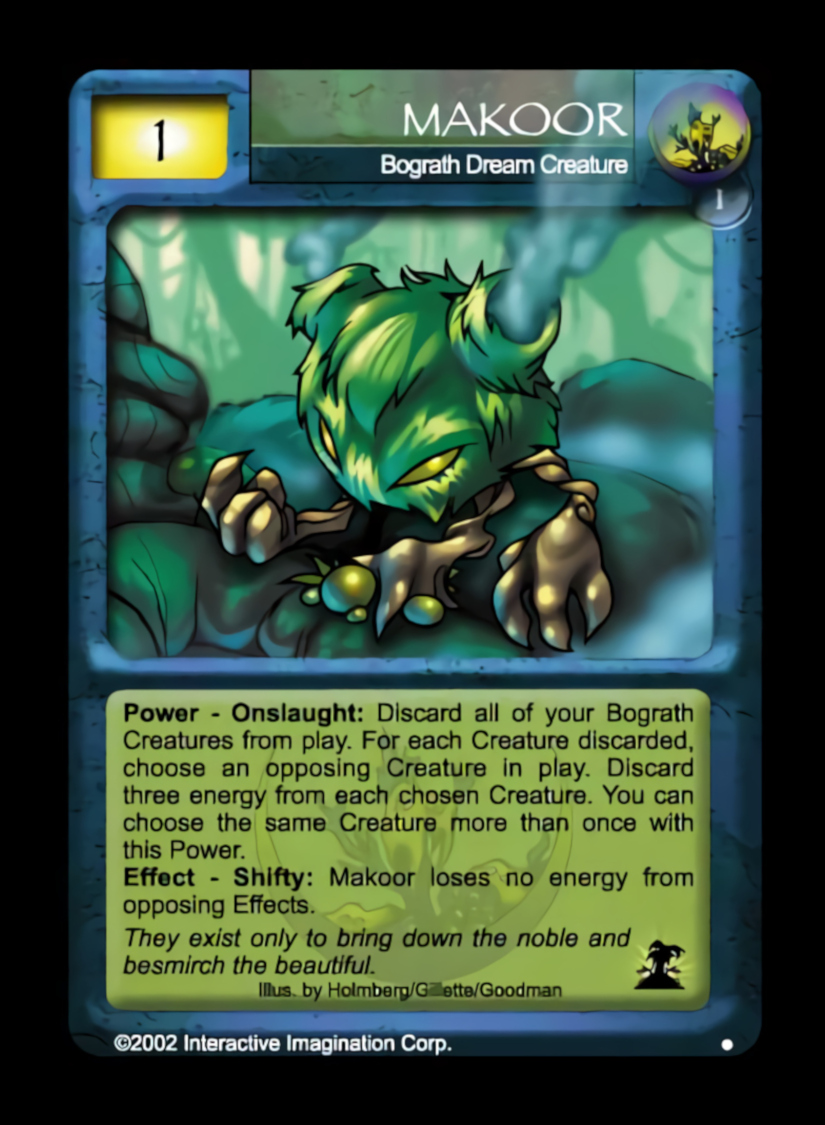 deck, but it has several Daybreak pieces and my collection stops at TR. I might still noodle on it, but I like the gameplan of playing as much of my deck as possible at once, so that's where I'm focusing for now.