I wanted a deck that tries to win off of Risha's Oracle combo. Ythra does setup, then you gun for a win with Risha. If that doesn't work, flip Niffer, declare Kybar's Teeth for her secondary region, play Abwyn's Quill and Ritual Spear, then use the Spear with Weave edited to d'Resh to get Risha back and try again.

The deck has a sizable Illusion subtheme to try and play off of the energy efficiency that affords. As with the Bograth deck, I'm not certain I have the correct number of copies of the various cards, but it's a starting point. 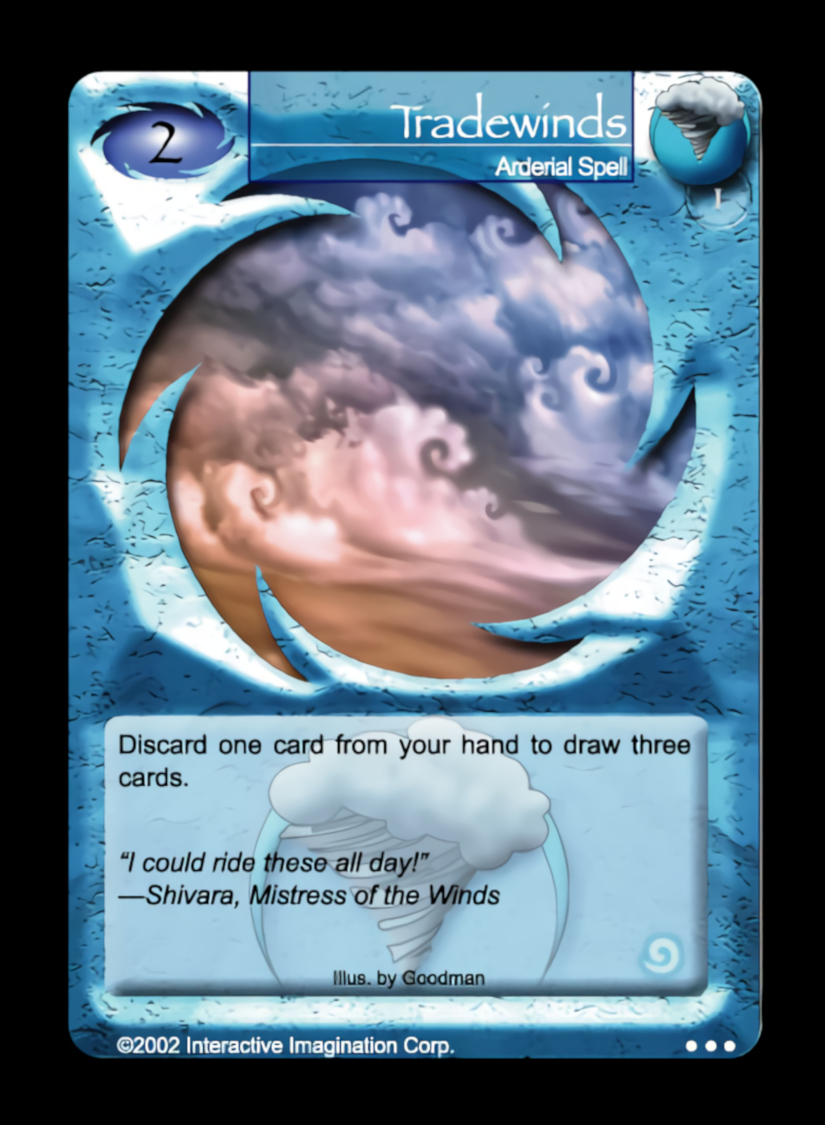 . For the d'Resh Magi it's 1 more energy and a card to draw an additional two, and it increases my chances of having a hand that turns off Crystal Visions. On the other, that might be a good way to stock up with Niffer before Ritual Spearing back to Risha.