This page is a place for me to wax rhapsodic about my many collections.

Magic: the Gathering: In addition to several Modern- and Pioneer-legal decks, I have some specific dedicated collections.

» Niv-Mizzet: My Commander deck is lead by Niv-Mizzet. The Locust God would probably be a more optimal leader, but Niv is probably my favorite Magic character, so I'm sticking with him. It's built around having as many draws and draw triggers as possible, with a hefty card-theft subtheme. I left out some of the stuff Niv is most known for - no Curiosity in this deck, for example - because those are essentially one-card combos and that's no fun. I've been slowly tricking this deck out, and a significant portion of it is foil; I don't think I'll ever get to 100% though, at least as long as the only way to get a foil Wheel of Fortune is via an absurdly expensive Judge Promo. I also collect Niv-Mizzet themed accessories - deck boxes, sleeves, playmats, minis, even promotional banners.

» Khans of Tarkir Cube: This is a set-emulation cube for Khans of Tarkir; it has 4 copies of each Common, 2 of each Uncommon, and 1 of each Rare or Mythic from Khans, and I've replaced the basic land slot with a collection of nonbasics. Other than the occasional duplicate card and the Basics thing, this ratio outputs booster packs that are pretty similar to official boosters. As cards set on original-timeline Tarkir have been released I've incorporated them - so far just some additional rares and Legendary creatures, plus some custom fetch land proxies so I have all 10 in the cube. Like with Niv, I also collect themed accessories - I'm particularly pleased with my themed playmats and promo banners.

» Ikoria Cube: What can I say, I like wedges. This is just like the Khans cube, but for Ikoria - it includes cards from the Commander release, too. I really hope they come out with a non-Godzilla Zilortha, Strength Incarnate soon.

» Cube Extras: I have collected several other draftable "chunks" that can work with either of the last two, although they're currently not included with either for a variety of reasons. I have a Fate Reforged cube extension, a selection of Dragons of Tarkir cards to enchance the FRF dragons theme, a draft-matters and a Conspiracy chunk, and a collection of Monarch and other multiplayer-matters cards.

» Supplemental Collections: Beside "normal" Magic decks, I also have several related sets. There's a complete Archenemy deck; a complete Planechase deck; and an Unstable collection, complete with a bell for Rings a Bell.

Magi-Nation Duel: I had some cards from this when I was a tween, and then collected it earnestly as a young adult. I made the regretable decision to sell that collection, but I've mostly rebuilt it.

» Merchandise: Most of the collection I own now is supplemental materials - posters and stickers, a t-shirt and hat, that sort of thing. You can find a list of what I'm still looking for here. I am in particular looking for a Bograth regional pin 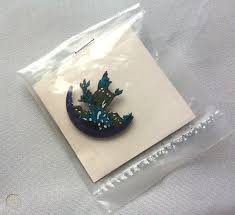 » Cards: I have a decent number of cards from the Base Set, and a few notable other cards with different art, but collecting MND cards is otherwise difficult and expensive because singles are relatively hard to come by and most people posting about the game are collectors themselves. Plus, some of the cards never saw a true release. As a result, I decided to just have copies of the cards all printed. I'm considering redoing the base set cards and anything with errata using my MSE template - the former came out a bit blurry and the latter are just a bit confusing to keep track of - but that'd be pretty expensive and time-consuming so I haven't committed yet.

VS System: This is another game I dabbled in then ducked out of. This collection is much more limited than my others, consisting of just the limited-edition Hellboy set. However, it's a full double playset plus extras of Army cards, so I can make any two decks composed only of cards from this set that I like.

Digimon Card Game: I thought I had my card collections all lined up - Magic for still-live game I selectively collect, VS for limited-run small collection, MND for Big Dead Game. Then this one came out. My wife is super into Digimon, so the impetus for starting this collection was actually mostly from her; ostensibly, this collection is hers, even if I'm doing most of the sorting. We've managed to keep up as sets have been released, and we have a playset of very nearly the whole game, alternate arts excluded. Just need a few of the most valuable cards, and even so we have at least one of everything beside a few promos.

This one's fairly easy; you can see what I've got going here at BoardGameGeek.

Guild Ball: Guild Ball is no longer supported by Steamforged Games, but it's still probably my favorite wargame. I have a complete collection of of players for the game, plus a few limited edition extras. I even got a bunch of themed terrain too.

Aristeia: Aristeia is lighter than Guild Ball - it uses celled movement instead of free, for one. My preference here is for a limited draft format - deal a certain number of characters, each player takes turns picking models until they have a full set.

Dreamblade: A third game that I've wanted to collect since I was much younger, I managed to get a complete "cube" together for this one. I even made a script to generate sealed pools for it.

Jurassic World: Dinosaurs are my jam, so when I found out about this I had to buy in. It should be mailed out soon. It looks a little more complex than I'd have preferred, but it's a neat attempt to make a minis game that doesn't use dice. I skipped out on getting the alternate-pose velociraptors, so I need to keep an eye out for that.

Monsterpocalypse: And another game I dabbled in when I was younger but couldn't afford; I wanted to get back in when the newest version of the rules came out, but it was much too expensive at the time. I had chosen to go for Aristeia at the time instead. But there was recently a kickstarter for a boardgame version, and I was able to swing going for the whole thing. This should be in my hands later this year or early next, I hope, and it will be real fun when it is.

Eberron: My favorite campaign setting, I have the full run of published setting books and all of the supplemental fiction, though I've chosen to store away some of the weaker titles. I really ought to reread some of those, particularly Don Bassingthwaite's stuff. Keith Baker's recent additions to the setting through DM's Guild have been an absolute treat for a setting nerd like me.

Iron Gods: 3rd edition D&D isn't something I'd really want to run for a group of friends, but I'm extremely nostalgic for it all the same. I'm using the Pathfinder Iron Gods adventure path as a way to scratch that particular itch, not to mention a way to sate my desire to have the game just the way I want it.

Zeitgeist: This setting and adventure path is probably my second-favorite, after Eberron, and I had a pretty successful campaign going until it ground to a halt at the third adventure's climax. Partly that's because I have a tendency to be really particular when using gridded combat and this one heavily features denial abilities, and partly it's down to my player-group not being terribly into the tactical challenge this AP was really designed for. I've got some ideas for how to do this a little more smoothely, but between moving away from our roommates and COVID there hasn't been much opportunity to revive the game. I'm holding out hope that we can start back up - either online or perhaps in person - but it's gonna take some doing.

Hellboy: I've been slowly building a collection of Hellboy trade paperbacks since middleschool. At this point I'm looking down the barrel of starting to collect the BPRD run in earnest, in addition to filling out the peripherals.

Neon Genesis Evangelion: I have most of the Special Collector's Edition of the Manga version VIZ put out around the turn of the century in comic book format. It's notable because, at least as I recall, it was among the first translated manga that kept the right-to-left format. Anyways, I'm missing only three issues - Volume 6 Issues 2, 3, and 4. Pictures of the covers can be found here.

Pins: I started collecting enamel pins when I began my current job, as something to decorate my cubicle with. I now have several dozen covering the interests I've mentioned here and then some.