Any time there's a card that doesn't have deck limits, I'm tempted to see about putting something together to take advantage of it. Eosmon Lv. 5 is the first such card in Digimon, so I knew I'd want to give it a shot. Eosmon decks have a pretty solid core of Morphomon, the Eosmons, Menoa, and Cutting Edge, but that leaves some space to branch out into any other color. I chose to go with Yellow because that has cards that care about the number of Digimon you have. Other options I considered were Red with a Sistermon/Jesmon core, Green with a "suspend your own things for value" theme, and a Red and/or Blue Omnimon deck. I also hear Black has a pretty good Eosmon archetype, and Purple would be fun to try to work out - a sac/recursion build of some kind, maybe?

Anyways, Upamon and Salamon are there mostly to turn on Yellow for Spiral Masquerade; they give the occasional card draw from Digivolving and from Upamon's inheritable. Salamon can also do some Security recovery. Starmons is cheap spot removal in the late game. Spiral Masquerade is spot removal but has the potential to destroy a board. Takumi is reliable card draw that the core cards of the deck can drag out on the cheap, and the Rookie penalty is great against rushier decks. 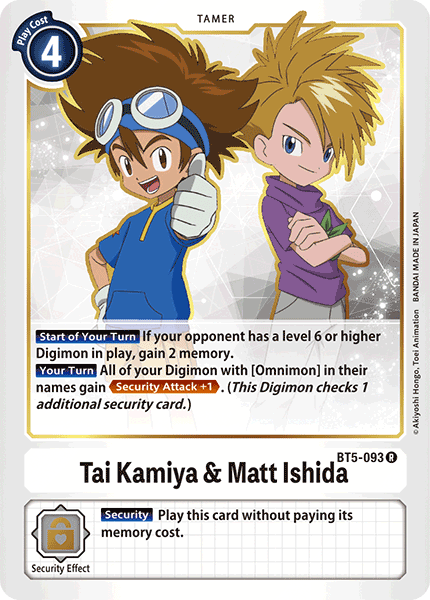 because its memory ability seems more like a late-game thing, less reliable to get off. I'm willing to be wrong on this, though. Might slot in a couple. A version of this deck I saw someone had was running Cutemon BT5-033 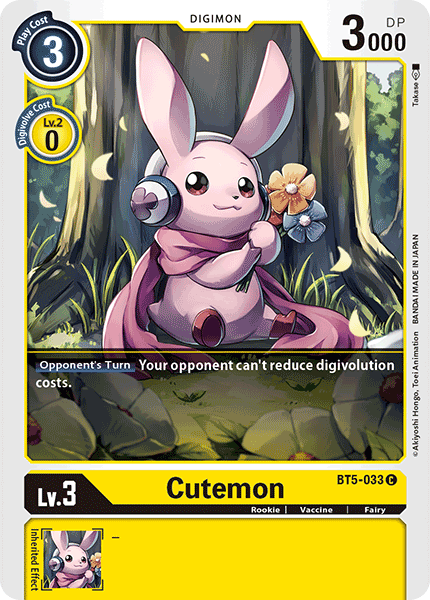 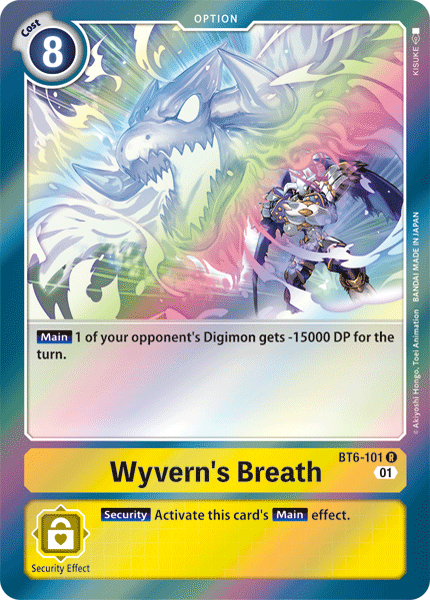 as spot removal independent of your board. I'll have to play a bit to see if the Starmons are effective, and if the numbers I have for the core are correct - Eosmon Lv. 6 and Cutting Edge could both warrant reductions to 3, for example, and maybe 16 is too many Eosmon Lv. 5. Though to be honest I'm almost tempted to run more.