The idea with this deck is pretty straightforward; digivolve fast and cheap, then spend digivolve sources for effect to ram through. I originally only included Digi-Bursters at Ultimate and up, but Rafflessimon's and Yoshino's Digi-Burst Tribal is enough to justify at least running the Terriermon and Sunflowmon.

Argomon BT2-042 is in there as a cheap additional Rookie, but the ideal version of this deck runs Palmon P-032

instead, I think. It's just that it's way too expensive at the moment. I wish Bandai would make promos more widely available after some given amount of time, because there's no reason for this card to be over $10, let alone almost $30. 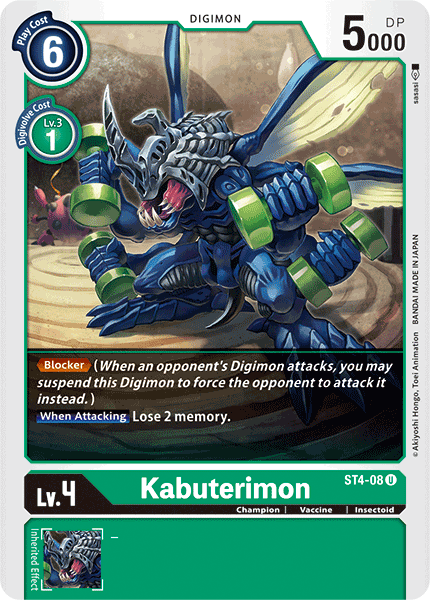 somewhere in there, but the champion slots are pretty tight. That's a theme in several of the decks - a blocker would be nice, but synergy wins out in the end.

I could probably drop a Blossomon for an Argomon BT2-047

, but that just seems a little mean. This deck is already probably my most efficient in terms of getting out a board reliably.