My wife and I have started collecting the new Digimon Card Game. I'm aiming for a cube-style playset - 4 of each Common, 2 of each Uncommon, and 1 of each Rare/Super Rare/Secret Rare. With the a second booster box we have incoming we might actually get most of the way to 4 copies of the Uncommons, too, but I haven't found a good singles source yet so filling out the rares to that degree would be rough, and I have no idea where the top end of card values will settle.

The game's rules read real well, sorta like a cross between Magic and Pokemon without resource cards. Much better-designed than other Digimon card games I've played. We haven't had an opportunity yet to test gameplay - juggling boys saps your time - but I anticipate enjoying it.

I'm trying to feel out how Limited would feel for this game; it doesn't seem to be designed for it, so the format may not be great, but it's worth a shot. Currently this is what I'm thinking;

Today I may swing by the game shop and pick up some boosters to give Winston a run with the wife, see if we can get that working well. Gotta run a few games with the precons first so we both have a solid base though.

One of the cards - which we don't actually have yet - is Diaboromon, the villain from the Digimon Movie. The card makes little copies of itself, using rules for tokens that are almost identical to Magic's. As far as I can tell there isn't an official Diaboromon token yet, though digging online it looks like there's supposed to be a graphic for it at least. Anyways, I found that someone already put together a Magic Set Editor template, so I did some quick modifications to it and whipped up this yesterday; 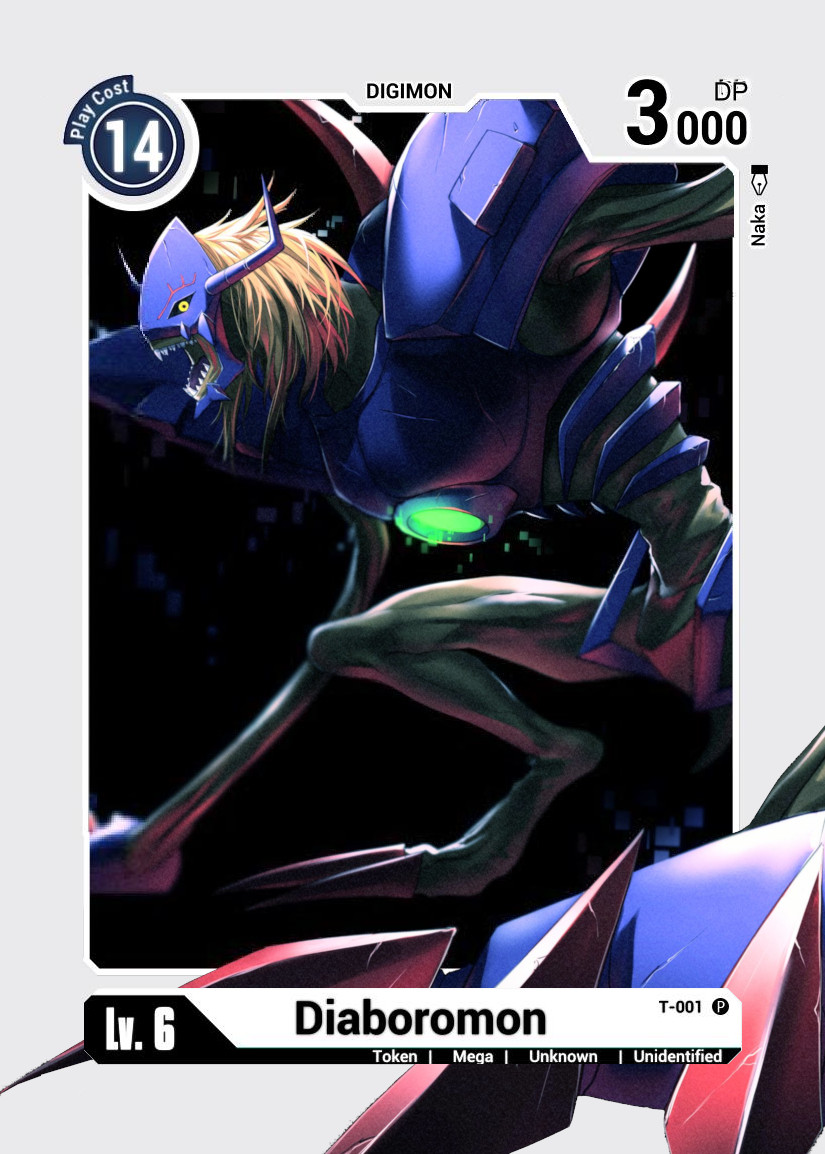